The Portland Land Matters blog explores citywide land-use concerns, such as demolitions of viable affordable housing and other symptoms of irresponsible growth, with the belief that development should create an improvement for all.

This one's so good, I reprint the original words of a longtime respected Portland artist, along with his insta-worthy background visual:

Truth and creativity can't be quashed 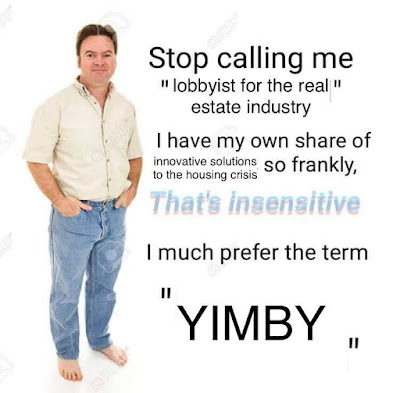 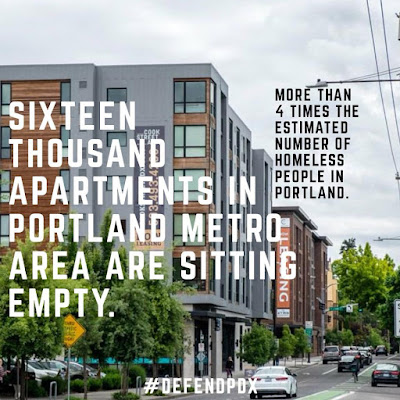 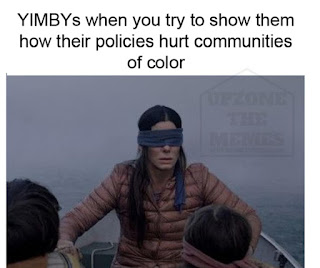 Thanks to Portland Assembly and SDP for today's content.
Posted by margaret at 6:26 PM No comments: 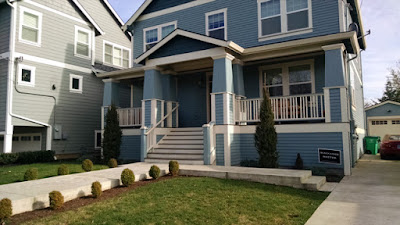 I'm sure it's not the first time, but it was for me, seeing a sign in a yard where a home used to stand that housed people of color.

How to spread the word about these new builds, and what came before them, so people can align their values with their consumer choices?

The years-long demolition epidemic continues unabated, and with it the economic redlining of Portland's neighborhoods, but there is change in the air, more important on City Council, where at least teardown builders can no longer pollute and endanger people's health and kids' IQs with impunity. That's according to rules taking effect July 1 (or earlier), with great faith placed in enforcement.

Even though federal studies show demolition dust travels up to 400 feet, under the new rules people living within 300 feet of the plume will be given notice and hopefully can take precautions, even though the particulates that settle on the land around them may yet pose a problem for residents, and future generations. If you know of a demolition, and get notice, do your neighbors a favor who might be a little farther out, and warn them too. You never know which way the wind will blow, and demolitions are allowed to occur as long as the wind registers under 25 mph.

As Mayor Wheeler noted at the February 1 session, "That's a pretty stiff wind."

Attention and enthusiasm for the teardown side seem to be flagging, perhaps because Portlanders are used to following the money trail. As time goes on, and developers' properties languish on the market, there may be fewer contributions to garner needed grassroots support for a teardown blitz mostly brought on by out-of-town interests. Hopefully those developers find that no matter how many former environmental groups are bought along in this process, or no matter the pretty, eager faces hired to drive the drumbeat, Portland people tend to look and think deeper.

As we've lost diversity in our neighborhoods, trees, and community (buyers of the new homes tend to move on soon), the truth emerges at ground level.
Posted by margaret at 11:33 PM No comments:

The cartoon says "Later in Detroit" but Portland owns it too

Much is happening on the land-use front, with developers going for gold at the local level in Portland, Oregon. You can read much more about it here. 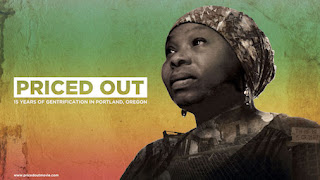 The good news is that there are even more chances to see a fine movie sharing important Portland history lessons. Hopefully masters of the plan mentioned above will watch Priced Out and scrap the city's proposal that would entail yet more Urban Removals.

Portland residents work at all levels to stem the destruction of well-built affordable housing.
This blog also chronicles the fight to bring Wally Remmers's Beaumont Village project into compliance.

Tell the powers that be

Letters to the Editor

Letters to the Editor